Endometriosis is the medical name given to a gynaecological disorder (or disease) characterized by the presence of normal endometrial mucosa (tissue and cells from the gland and stroma of the uterine cavity (uterus or womb) also called the endometrial tissue and endometrium), that has migrated and implanted itself in places other than its normal location. The normal location of the endometrial mucosa is the uterine cavity inside the uterus (womb). It is also possible that in a process yet unknown the normal cells of the body are transformed into endometrial cells. 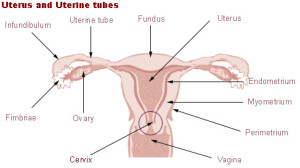 It must be stressed that endometriosis is the presence of functioning endometrium outside the uterus. As such it does respond to normal (and abnormal) hormonal influences and cycles.

Simply put, it is the presence of a particular type of tissue (the endometrial mucosa (endometrium)) in a location other than its biological location. It is not a normal process, and has occurred because of some underlying cause.

Major Ligaments that hold the uterus in place are outlined below.

A thin structure that separates the vagina from the rectum

Other documented areas to which the endometrial mucosa can migrate

A laparotomy is a surgical procedure used to investigate abdominal pain. The operation involves one single cut through the skin and muscle of the abdomen, such that the surgeon can gain a clear view of the vital organs inside the abdominal and lower abdominal cavity. 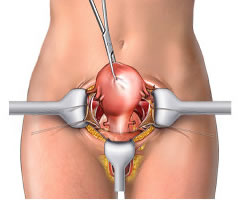 A less scarring procedure is a laparoscopy:

This is a minimally invasive procedure used as both a surgical and diagnostic procedure. 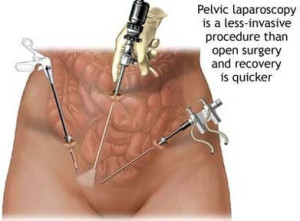 The serous membrane surrounding the lungs (visceral pleura), and lines the diaphragm (diaphragmatic pleura) and the thoracic inner wall 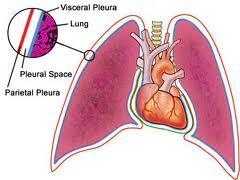 The lungs are essential in breathing and their main function is the exchange of oxygen from the air into the blood and carbon dioxide from the blood into the air. 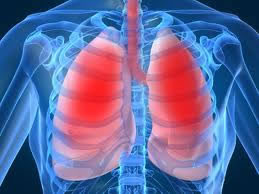 The diaphragm is a muscle that separates the thoracic area (containing the heart, lungs, and ribcage) from the abdominal cavity and functions in the process of breathing.

The kidneys are involved in essential regulatory processes such as homeostasis (correct balance) of electrolytes, maintenance of acid-base balance, and through salt and water regulation are involved in the regulation of blood pressure. 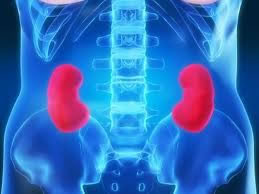 The spleen has important roles involving red blood cell removal and recycling of haemoglobin as well as being a reservoir of blood and is involved in antibody synthesis and removal of antibody coated bacteria and red blood cells. 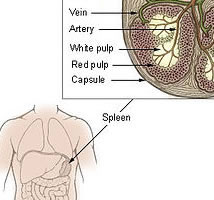 The three functions of the Nasal Mucosa are as follows: 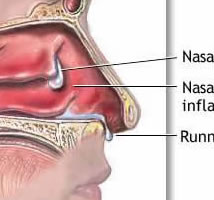 To moisten the air via its mucous membranes, and trap foreign particles, bacteria and viruses.

Olfactory Receptors, upon which a person's sense of smell is dependent, are located in the Nasal Mucosa

The Gall bladder is a small organ that aids mainly in fat digestion and concentrates bile produced by the liver. 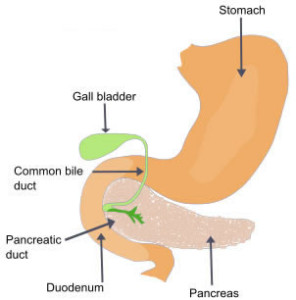 The stomach is a muscular, hollow, part of the alimentary canal which functions  by secreting protein-digesting enzymes and strong acids to aid in food digestion. 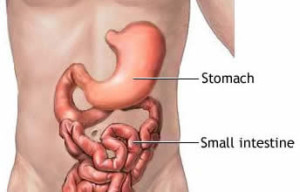 The spinal canal (or vertebral canal or spinal cavity) is the space in vertebrae (your back "bone") through which the spinal cord passes. 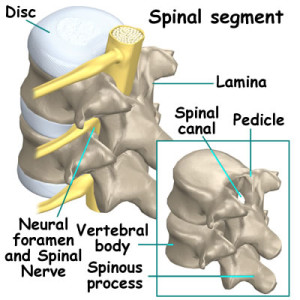 The breasts contain the mammary glands that secrete milk used to feed infants. Like many changes that occur in the female, the growth of the breasts in puberty is due to female sex hormones such as estrogen.  These are the same hormones that the endometrium responds to. 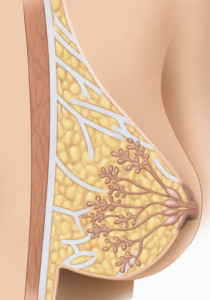 The brain is the center of the nervous system and its function is the centralized control of other organs of the body. The brain acts on the rest of the body either by generating patterns of electrical activity which in turn generates muscle activity or by driving secretion of chemicals called hormones. 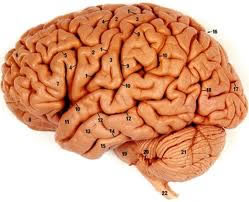